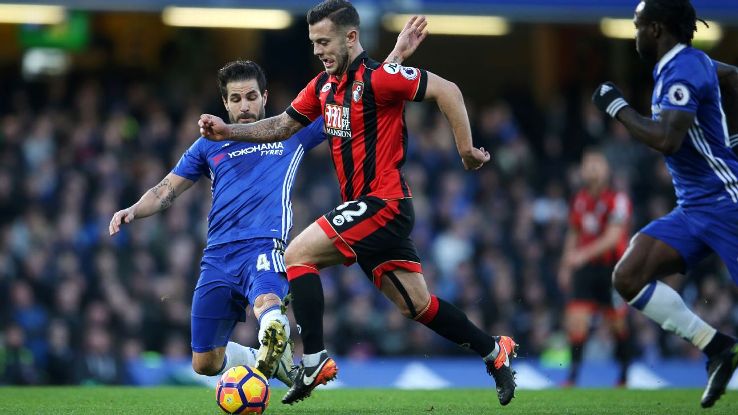 The South Coast side want the Englishman to make his move to the club a permanent one after the player joined them on a loan deal last summer.

Coach Arsene Wenger sent him there to get regular action whilst watching his progress. The player has been decent for the club and there have been interests in him that might see him leave anytime soon but the Cherries want him to extend his stay.

Wilshere has played 19 times for the side this Premier League campaign. His display is instrumental to the club’s 12th place spot in the current standings. However his future at the end of the season remain a doubt with the player linked to offers away from England.

“Everyone wants him to stay. Everyone knows how good Jack is. We want to attract good players so we have to keep good players. It’s just about him staying fit and showing everyone what he can do. Hopefully he can keep on doing what he can do,” Cherries star Benik Afobe said.

Afobe is close to the player and is reportedly one of those who convinced the Gunner to join the club on the summer transfer deadline. The player is yet to find the net for the club but has been critical to the club’s performances since he moved. Arsenal cannot trigger a call back option as part of the deal they agreed with Bournemouth like Chelsea who recently called back defender Nathan Ake to the Stamford Bridge following a brilliant display at Bournemouth.

Afobe revealed that Wilshere just wants regular football and staying injury-free. Afobe is believed would play a crucial part if the player is to remain at the club at the end of the current term.