WILSHERE YET TO MAKE PL RETURN

Englishman Jack Wilshere is yet to make his return to the Premier League for the Hammers. The former Arsenal man was expected to be recalled to the setup on Monday against Aston Villa. The Villa Park affair was always going to be difficult with Aston Villa keen on avoiding a further drop down into the danger zone. 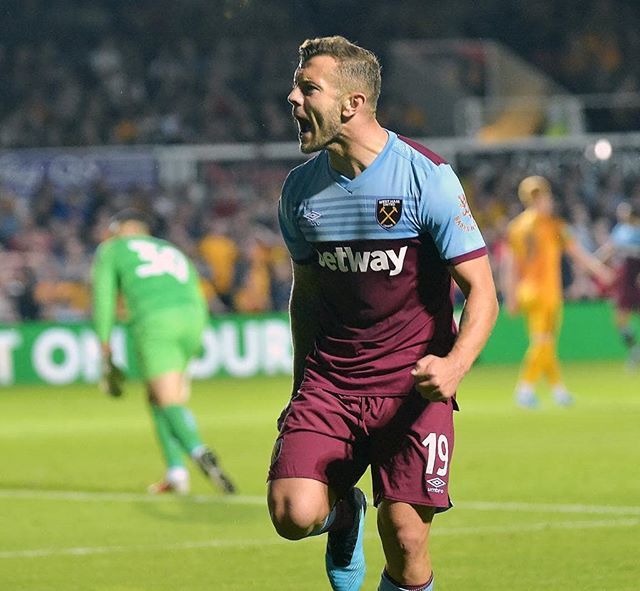 Wilshere featured in the 2-0 win over Newport in the Carabao Cup, where he was quite decent, scoring in the 43rd minute. The midfielder was expected to at least get some minutes against Norwich City at home in the next game after Coach Manuel Pellegrini praised his effort.

Sebastien Haller and AndriyYarmolenko were on target as the Hammers thrashed The Canaries. The crucial victory was good for morale and lifted them to the top half. A victory against Aston Villa would have seen them further jump to the Top Four but the goal ended in a barren draw on Monday night.

Aston Villa have struggled to impress this term but they were resolute against West Ham, like they were against Everton. Pellegrini had said teams like Aston Villa were the teams they needed to beat after struggling against them last season. The game was keenly contested with Villa having more shots on target but none getting over the line.

West Ham United were reduced to ten men in the 67th minute when Arthur Masuaku picked up his second yellow card – his first red card in the Premier League.

Pellegrini called on attacking midfielder Pablo Fornals to come on for Yarmolenko; Paulo Zabaleta came on just after the red card for the struggling Felipe Anderson, and Fabian Balbuena replaced the experienced Mark Noble in the 90th minute. All substitutes and Wilshere was on the bench.

With West Ham set to host Manchester United this Sunday, it is likely that Wilshere will remain out of action.